Bees are busy bodies making lots of goodness! Honey is not the only result of their pollinating, and other bee products are highly sought after too.

The perceived health benefits of honey extend to other bee products too.

Bee products have been used for various uses over thousands of years. Some of the uses today remain largely the same.

If you thought honey was the only bee product on the market, think again.

It’s not the only golden nugget that bees produce - the goodness of bees is all over their hives!

You’d be forgiven for thinking that it’s just honey, though. After all, honey is by far the most prevalent bee product: over a million metric tonnes is produced and sold around the world every year.

It’s popular for its perceived health benefits (especially manuka honey from New Zealand), and, of course, its flavour.

But there’s more to bees than honey.

From beeswax to venom, pollen to propolis, and of course, the famous royal jelly, we’re going to break down five other useful bee products for you: where they come from, what they’re used for, and some things to know if you’re thinking about sourcing them.

In this guide to 5 useful bee products, we’ll cover:

Let’s start with the most common one that we’ve probably all come across before.

Beeswax is a product made from honeycomb. It’s typically white when it’s fresh, and then turns yellow or brown. 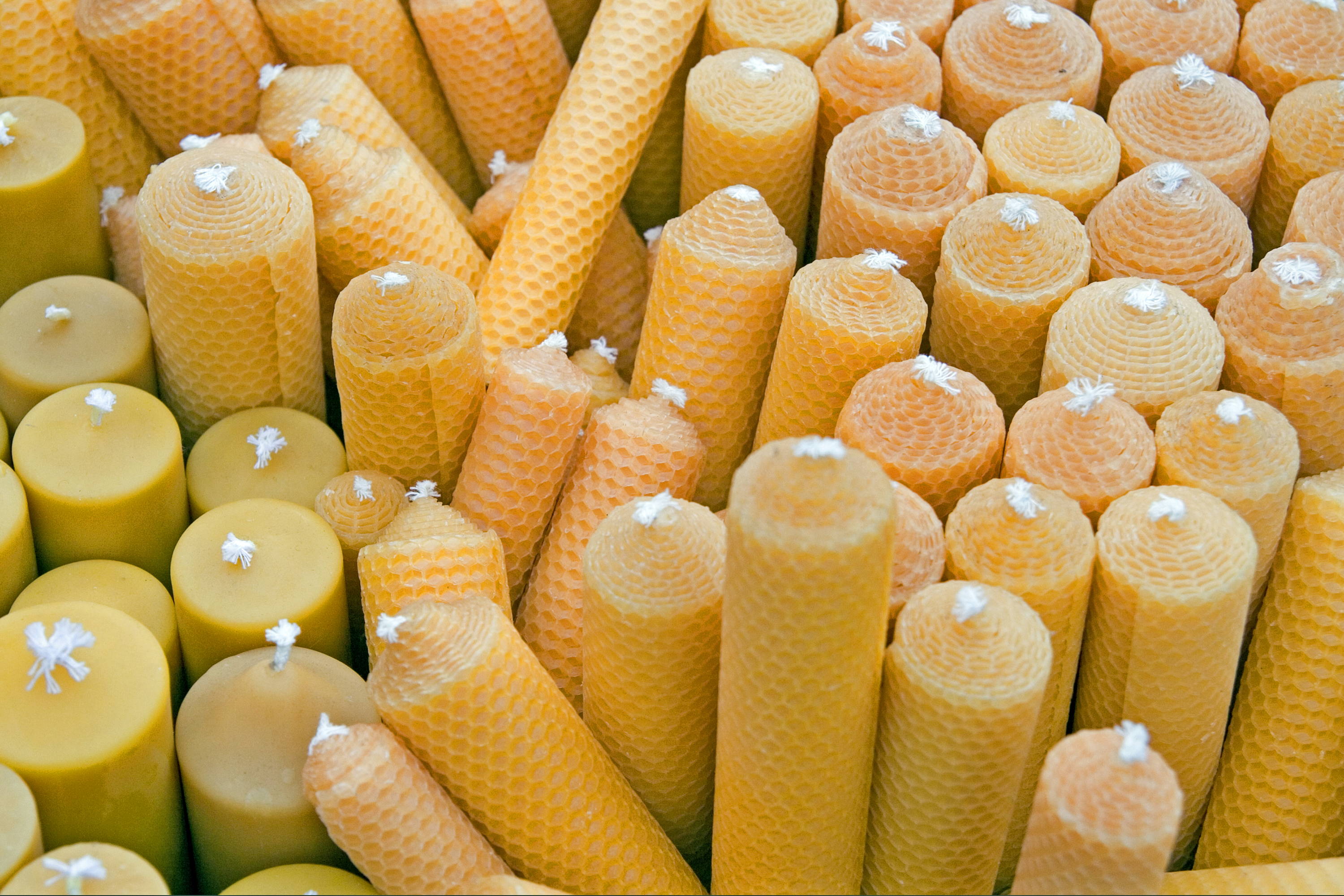 “Beeswax is a complex product secreted in liquid form by special wax glands in the abdomen of younger worker bees (aged between 12 and 18 days, that is to say at the end of the period in which the bees act as nurses). In contact with the air, it solidifies in scales (that the bees model with jaws to build the honeycombs, adding pollen and propolis).”

Where does beeswax come from?

Beeswax is a product made from honeycomb.

Honeycomb is the mass of hexagonal cells inside the beehive, where the bees store their honey, pollen, and larvae.

When honeycomb wax is mixed with pollen oils (secreted by the worker bees), the white wax turns into a yellowy-brown colour.

What is beeswax used for?

Beeswax has a long and varied history.

According to a research paper, beeswax was used for these purposes (amongst others) throughout history:

Beeswax was also used as a form of tax and trade in Medieval European times.

Unsurprisingly, we still use beeswax for similar purposes today (except perhaps the tax and mummification!)

But, of course, we’ve branched out a little to invent new ways to use beeswax: in varnishes and polishes, industrial products, and processed food, praised highly for its preservation qualities.

A popular use of beeswax in New Zealand is in reusable food wraps. As an alternative to disposable plastic food wrap like cellophane, lunches and snacks can instead be wrapped in these honey-treated cotton sheets to reduce waste.

Things to know when sourcing beeswax

Check that your beeswax is the real deal and that it has these simple characteristics:

Where does bee pollen come from?

In the first instance, bees collect pollen from flowers. Then they mix it with secretion from their salivary glands and carry it to their hive. Next, it gets packed into honeycomb cells and covered with a thin layer of honey and wax. The subsequent product is called ‘bee bread’.

The pollen itself can be removed from the hive before it becomes bee bread.

What is bee pollen used for?

There are some acclaimed health benefits of consuming bee pollen as it is thought to be rich in biologically active substances. For this reason, people sometimes put it in smoothies, or take direct bee pollen supplements.

“Bee pollen is used in the api therapeutic treatment as it demonstrates a series of actions such as antifungal, antimicrobial, antiviral, anti-inflammatory, immunostimulating, and local analgesic and also facilitates the granulation process of the burn wound healing.”

However, it can be dangerous to people with allergies, and due to limited trials, many of the effects on humans remain unknown. If you’re unsure about whether or not this is suitable for you, talk to your doctor. 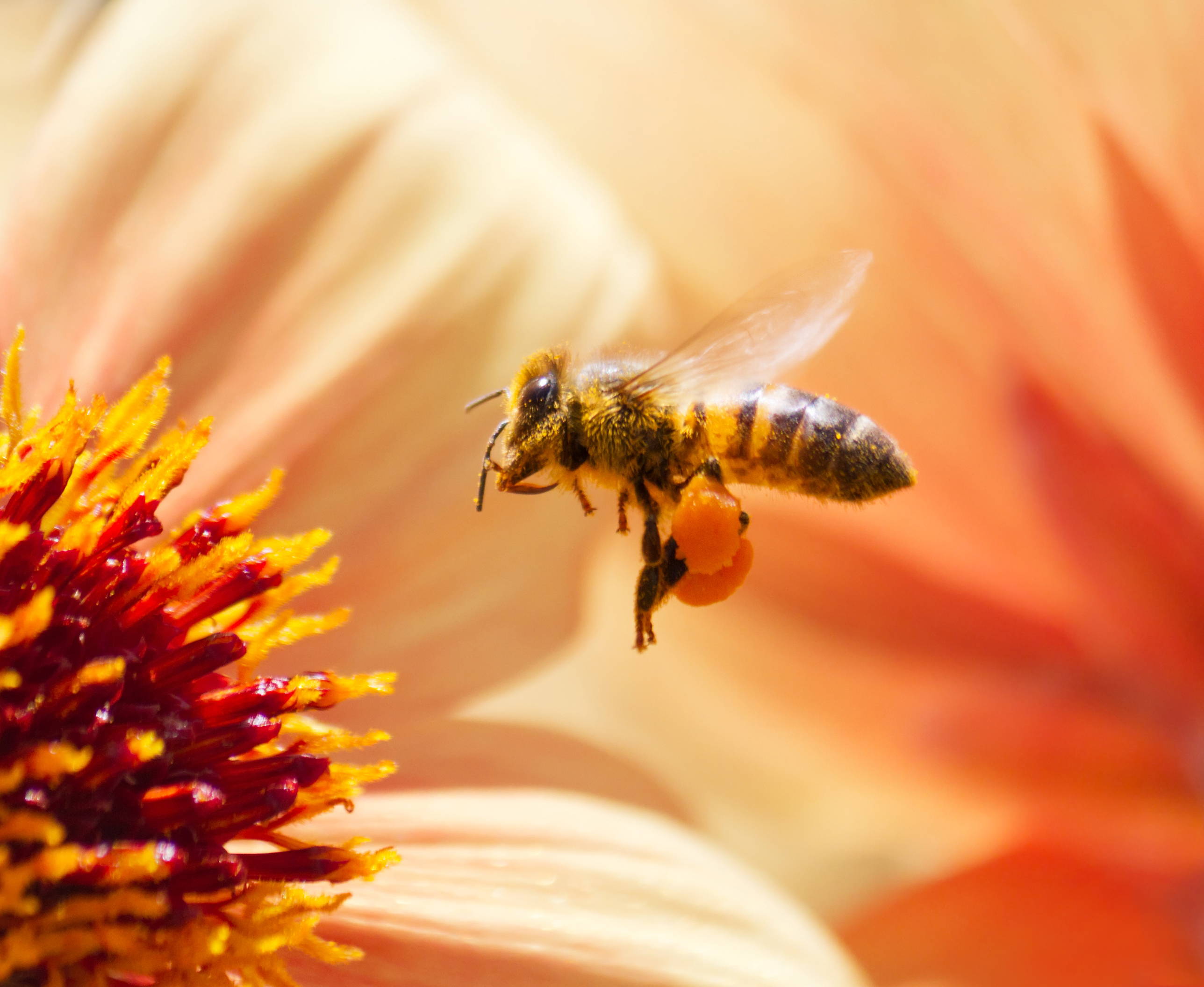 Be careful that you’re getting the real deal when buying bee pollen.

Bee venom is a colourless, acidic liquid that bees use in defence by stinging a target when they feel threatened. 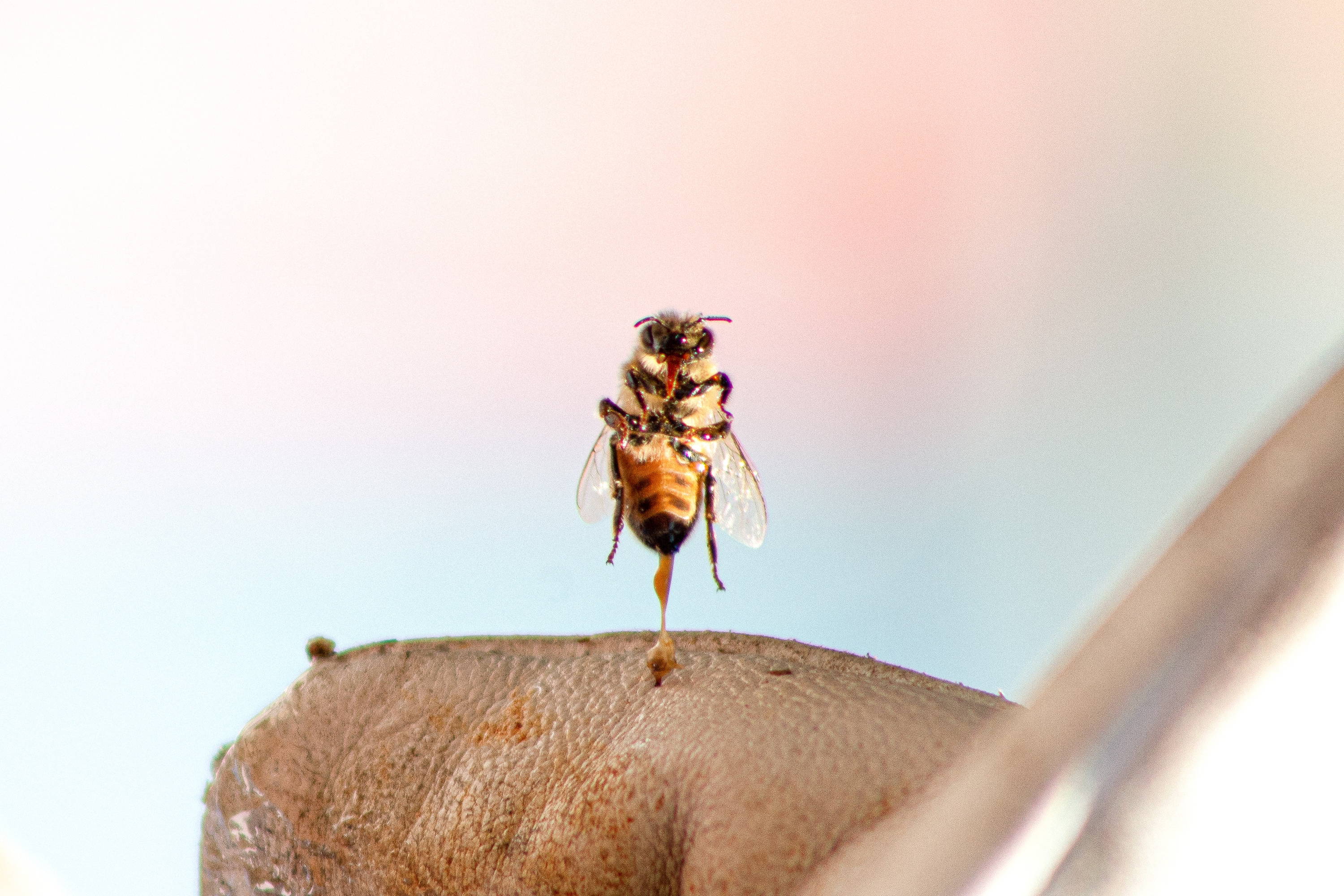 “Bee venom is called “apitoxin.” Apitoxin is a complex mixture of protein substances that affect cellular function. These peptides and enzymes break apart fat layers in cells and destroy skin mast cells. When skin mast cells die they release histamine, which dilates the blood vessels. People who are allergic to bee stings release too much histamine when their mast cells die. Their blood vessels dilate too significantly, triggering potentially deadly anaphylactic shock.”

Where does bee venom come from?

Have you ever wondered how bee stings work?

Well, there are two main components: the venom itself and the stylet (stinger). The venom is stored in a sac, and when the stylet is inserted into your skin, the venom flows from the sac down the stylet, and into the fresh wound.

What is bee venom used for?

Although bee venom is usually associated with that painful bee sting, it’s actually used in apitherapy, with apparent medicinal qualities.

While bee venom is not very widely studied, it is thought to have anti-inflammatory properties, may reduce arthritis-related symptoms, and may benefit skin and immune health.

It has been used by notable celebrities, and bee venom acupuncture is popular in some circles. But it doesn’t come without risks - in 2018, a Spanish woman died from multiple organ failure after having a bad reaction.

Here are three things to consider when thinking about sourcing or using bee venom:

Propolis also contains polyphenols, such as flavonoids - a type of antioxidant. 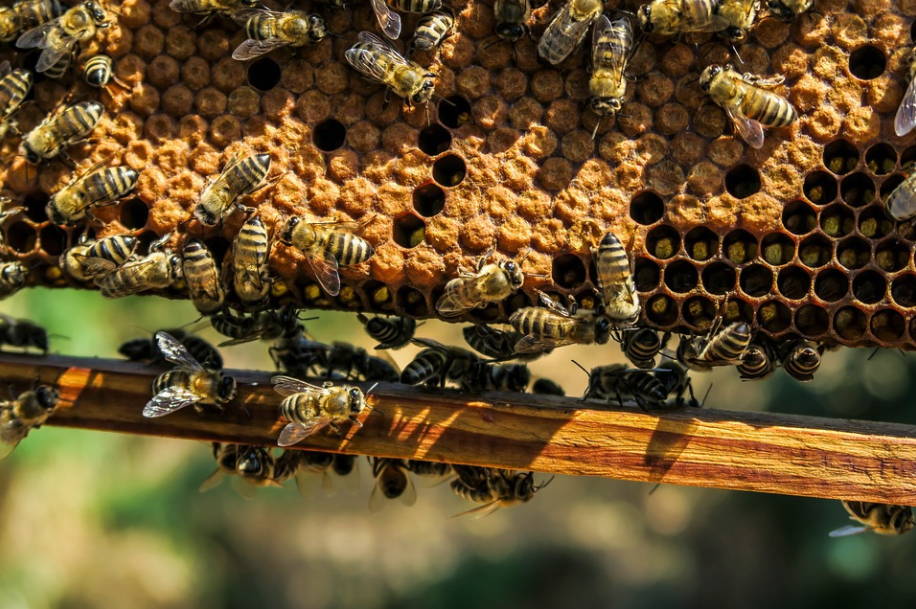 Where does propolis come from?

Bees combine the sap collected from needle-leaved trees or evergreens, with their own discharges and beeswax.

This creates a sticky product - called propolis - with which they coat their hives for protection.

What is propolis used for?

Like most bee products, it claims some medicinal benefits.

Researchers have discovered more than 300 compounds in propolis, most of these being antioxidants also typically found in red wine, green tea, fruits and vegetables.

“However, although laboratory and animal studies into the properties of propolis and its components are promising, few high quality studies have proven its effectiveness as a treatment for specific conditions in humans.”

Propolis has been used for the following purposes:

Things to know when sourcing propolis

Make sure you’re making an informed decision when buying propolis.

This milky-white substance is secreted by worker bees, and is crucial to the development of the queen bee. 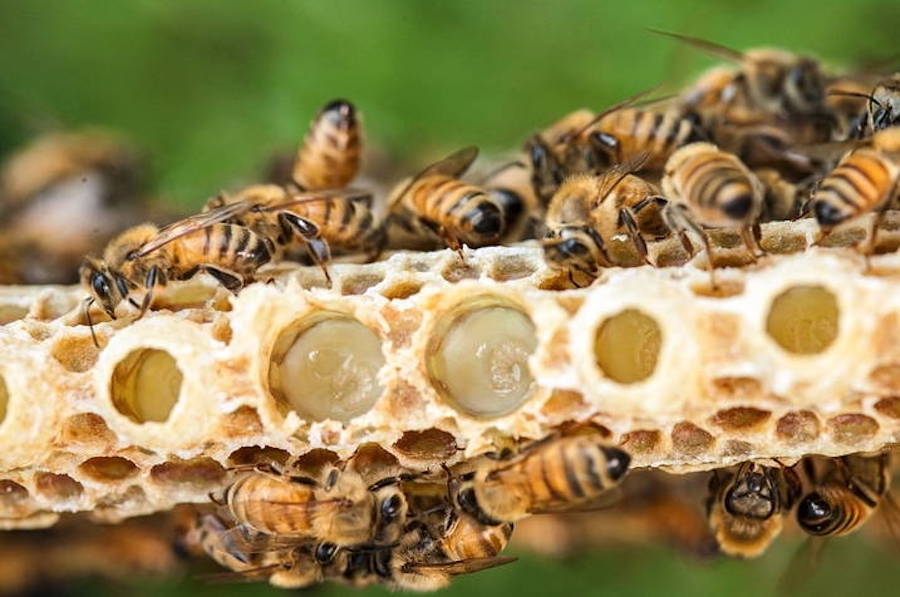 However, there has been confusion and discussion about just how bee colonies use royal jelly, and in what purpose it serves the queen.

Incredibly, it’s through nutrition and diet that they become the queen.

Scientists used to think that the queen bee became queen because of her exclusive access to royal jelly (which is fed to larvae less than three days old).

“Instead of chemical castration by denying workers royal jelly, this elaborate feeding process provides chemical protection for the queen's ovaries. She is sheltered from the potential toxic or metabolic effects of plant chemicals. As we continue to improve our techniques, hopefully we will come closer to a firm answer about just what honey bees eat in their hives, and why.”

However, there has been confusion and discussion about just how bee colonies use royal jelly, and in what purpose it serves the queen.

Incredibly, it’s through nutrition and diet that they become the queen.

Scientists used to think that the queen bee became queen because of her exclusive access to royal jelly (which is fed to larvae less than three days old).

“Instead of chemical castration by denying workers royal jelly, this elaborate feeding process provides chemical protection for the queen's ovaries. She is sheltered from the potential toxic or metabolic effects of plant chemicals. As we continue to improve our techniques, hopefully we will come closer to a firm answer about just what honey bees eat in their hives, and why.”

Where does royal jelly come from?

Let’s not honeycoat it: royal jelly has been likened to snot. It’s produced in the heads of worker bees and used to feed larvae and raise queen bees.

It’s quite difficult for a beekeeper to source.

They must cleverly trick the worker bees into thinking that queen bee eggs have arrived (which are honey bee eggs instead) and need feeding. This encourages the worker bees to deposit royal jelly, which is then harvested by the beekeepers, still in the absence of a queen bee.

What is royal jelly used for?

Royal jelly has been used throughout history for the following purposes:

Consider your options when looking into buying this product.

And there you have it: five useful bee products that aren’t honey. How many of these did you know about before? How inspired are you to try some of them out?

If you’d rather stick to honey (let’s be honest, you can’t beat that creamy lingering taste on your tongue…) then we’ve got you covered.

Buy Your Honey In Bulk With New Zealand Honey Co.

If it’s good old manuka honey that you’re after, buy it in bulk with us!

Or if you’re looking for honey for you and your family, click here to shop our range.