Fake Honey: What You Need To Know About Counterfeit Honey (And How To Avoid Buying It)

See what we mean?

Independent tests and certifications now exist to protect both sides of the checkout counter, but what are they? And how did this get so bad in the first place?

That’s what we’ll explore here in this guide to counterfeit honey:

Ready to come into the light?

The Global Rise of Fake Honey

Fake honey production is commonly referred to as ‘honey adulteration’ or sometimes even ‘honey laundering’.

Just as in a classic hoax, some honey manufacturers take genuine honey and cut it with a lesser product (like syrup) to increase volume and output.

Honey has been used for centuries, but its popularity in the last few decades has exploded. Particularly following the scientific research into manuka honey.

You can find honey as an ingredient in foods, healthcare, even makeup - but the bees can’t keep up.

For a range of reasons, such as parasites, insecticides, and agricultural monoculture, bee populations have been dwindling dangerously for a long time.

Between 2014 and 2015, US beekeepers lost 40% of their bees. And since then, honey production in the US has fallen continuously.

With demand up and supply down, there was (and still is) a gap.

Since then, it’s become increasingly harder to detect.

Honeygate And The Million Dollar Case

The most common filler used in fake honey products is syrup.

Just a few years ago, honey from China laced with corn and rice syrup flooded the global market at a fraction of the traditional cost, forcing the US government to crack down on honey imports.

It didn’t work, with lawsuits still being fought in the courts today.

And they’re taken pretty seriously, too.

The 2008 investigation, nicknamed Honeygate, saw the prosecution of 11 people and six corporations for attempting to illegally import $40 million worth of adulterated honey.

It has been called the largest food fraud in US history.

And the impacts are far-reaching.

Although both manuka honey and New Zealand weren’t involved in the Honeygate scandal, the ripples of this event have touched even our far corner of the world.

More on that soon.

Fake Honey is Bad for Bees

The popularity of honey is far from wavering.

In fact, it’s market value is predicted to continue rising: 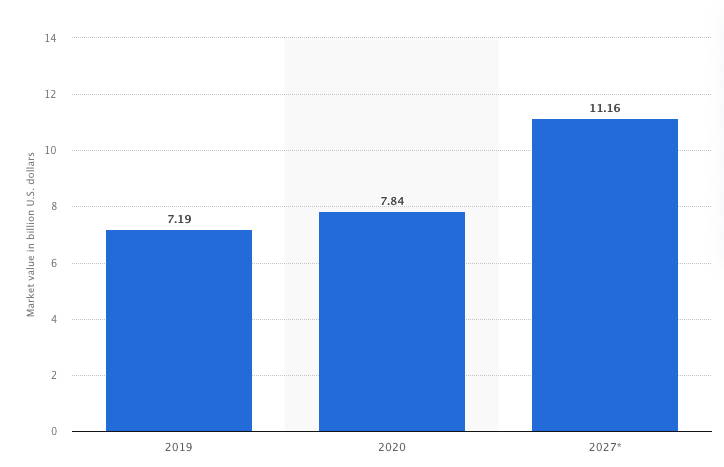 There’s certainly demand, but the supply is choking itself.

Unable to compete with the diluted honey’s cheaper price tags, legitimate beekeepers and honey producers have needed to change tack to survive.

Some have even rented out their bees to almond farms to assist them with pollination, fuelling another wellness industry.

All this to avoid closing up shop or giving up on the bees.

“Though we think of bees as our favorite buzzing pollinators, they do much more than make honey and frequent flowers; losing bees can cause big problems for our ecosystem and economy.”

With every passing decade, manuka honey has been getting more global attention.

It’s thought that the annual value of New Zealand's manuka honey industry can reach $1.2 billion by 2028.

Demand has increased. But it’s not so easy to scale up production.

The Manuka honey plant - Leptospermum Scoparium - is not an easy resource to work with. It grows in wild and remote areas, meaning that helicopters are commonly used in the honey collecting process.

On top of that, the manuka flower blooms for only two to eight weeks per year. The success of the harvest largely depends on the weather.

This scarcity, plus the research of the 1980s, drives up both the demand and the price.

The high price then naturally attracts more businesspeople into the industry.

Of course, we aren’t immune to the fake honey epidemic in New Zealand, either.

In 2012, the UMFHA was worried about fake “active” manuka honey being sold in large quantities around the world. And more recently, in 2019, an Auckland honey producer was prosecuted for “allegedly adding synthetic chemicals to its manuka products”.

But thanks in large part to the testing, certifications and protocols in place in New Zealand, there are ways to avoid the fake honey epidemic, and protect both the customer and genuine honey producers.

The easiest way is to look for the UMF™ certification in New Zealand.

The UMFHA (Unique Mānuka Factor Honey Association) registered the trademark UMF in 1998, with the purpose of identifying and differentiating the unique properties of manuka honey.

In order to receive a UMF™ grading, a honey and/or the manufacturer must be:

1. Licensed by the UMFHA and compliant with its quality standards.

A genuine manuka honey product must have a UMF™ grading and be from a company that holds a valid UMFHA License Number, verifiable on the UMFHA website.

Seeing as it’s illegal to import honey into New Zealand, and there are strict protocols for export, there’s very little room for honey dishonesty here.

It’s imperative that New Zealand honey is also packaged in New Zealand, because then it will comply with these strict and high standards.

If it’s exported and then packaged, it runs the risk of being tampered with or adulterated offshore.

Export documentation includes the traceability of the hives and the testing of the honey during processing, holding beekeepers absolutely responsible for having everything in order.

4. Tested for HMF (a component in the honey) to meet International Standards requirements.

HMF (hydroxymethylfurfuraldehyde) naturally occurs in honey, and levels can increase from being stored or heated. Seeing as sucrose can be inverted by heating with a food acid, creating HMF, HMF is sometimes used as an indication of honey adulteration.

Genuine manuka honey may also show an MGO level, but this is not regulated in the same way. Having this without a UMF™ grade may sometimes indicate that a product is not independently tested and certified.

New tests are being investigated across the world to try to make the detection of diluted honey easier, but these certifications are the best way to ensure your manuka honey is the real deal.

At-home tests aren’t ideal for the supermarket or for shopping online and are open to interpretation.

So stick to the labels, buy from a brand that you trust, and you’ll be golden. Just like your honey.